May Day Berlin
Prev Next

Add to Cart Add to Lightbox Download
The first of May in 1987 was a turning point in the celebration of the day of labor in Kreuzberg. The unrest in the eastern part of Kreuzberg (SO 36) on this day were so intense that the police had to retreat for several hours from this district. Since then left-wing political groups held so called ‘Revolutionaere 1.-Mai-Demonstrationen’. In the night before and the night of the first of May (Walpurgis Night) as well as in the evening on the first of May riots break out in the districts of Kreuzberg, Prenzlauer Berg and Friedrichshain.

For 1987 there were already many clashes between squatters and/or left radical groups on the one hand and the police on the other. Also around the annual street festival on the first of May at Lausitzer Platz, which was organized by left-wing groups, were small political demonstrations and sometimes small commotion arose. These were considered normal and caused little fuss.

However, this year the atmosphere was strained by additional suppressant found measures of the conservative city council and the extensions for the celebration of the 750th anniversary of Berlin, which was unjustified waste of money in the eyes of the poorer population groups and left radicals. A raid by the police in an office of a political leftist group lit the fuse in the powder keg. In response there were police cars overturned, barricades raised in different places in the streets, cars set on fire, several looted supermarkets and a subway station severely damaged. The police were initially powerless and could only withdraw from the relevant district. Only on the second day of May the police could restore order by using water cannons and evacuation vehicles.

In the following year, in 1988, the so-called, 'Revolutionäre 1. Mai-Demonstration' was held. The initiative for this demonstration came from leftist groups. They wanted this demonstration protesting mainly against capitalism, racism, sexism, war, fascism and exploitation of people. The attendance 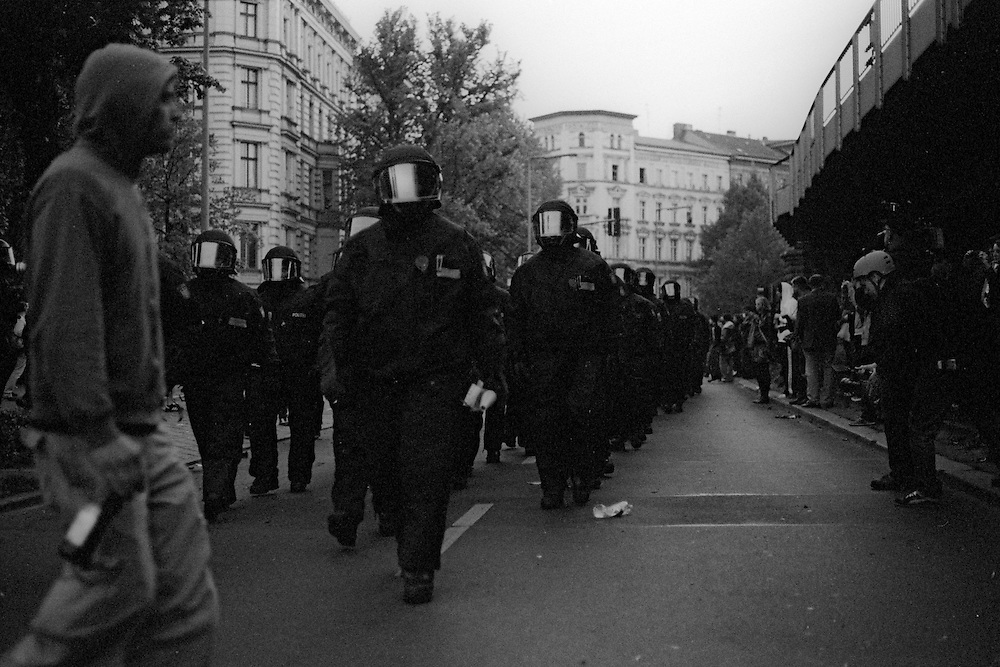